Movie Day for me..

- May 16, 2009
1. The last day before going to Kuching for my elective posting a.k.a holiday trip to kuching. I spend my time with my friend Sylves riding a one dollar city bus to Centre Point Kota Kinabalu, had our rm4 Nelta lunch, and Rm10 for 2 movies and Rm1.80 for a regular
size ice lemon tea. It was a cheap adventure yet adventurous.
Angel and Demons

2. Finally I have that chance to watch this anticipating movie of mine. You know compare to Da Vinci Code, it is so hard to imagine how thing is going on in this Angel and
Demons novel. Da vinci is about painting and i have seen most of the painting mentioned in the book when i read it so better understanding of the background. But for angel and demons, i did not know actually what the hell is Sistine chapel or everything. So the movie is so important for me so i can see what actually described in the book look like.
I give a a 4.9 star over 5 for this movie. Minus 0.1 because in my opinion Da Vinci code is much more exciting pack with adrenaline rush type of situation and action. Angel and demons, as i read the book and watch the movie, still inferior to The Da Vinci code. Why? I guess because it was the first novel of the journey of Robert Langdon by Dan Brown. It was not much secret broken in this one. So, still, The Da Vinci code as my choice. But people need to watch Angel and demons. Great. Just great.
I'm a little bit confused in the movie because angel and demons supposed to be the first journey of Robert Langdon but in this movie, its like this is the second, like after the da vinci code is broken. Angel and Demons storyline happen before The Da vinci code is broken. So i guess I did not like when a prequel become a sequel. And futher more, there is a lot more interesting information or doubtable fact stated in the book than in the film. So read the book if someone trying to understand more on the character of Robert Langdon.
The Solomon's Key
3. what is solomon's key. I am waiting for this third novel of Dan Brown since last year. what the hell happen. Almost a year hearing about this third journey of Robert Langdon, until now, i havent got a clue on when the book will be published, yet the critics for the book is already in the market. How odd is that?
Wait.... wait... I'm doing some reasearch of it and the reason i did not get a clue of the novel is because Dan Brown changed its title to The Lost Symbol. That is why...
The lost Symbol
4. So this is the third novel of Dan Brown... it will be released on 15th September 2009. A few months to wait. I must get this third journey of Robert Langdon. haha. Maybe people like Harry porter or narnia, and i love Robert Langdon... Seriously, i feel funny about it. Ok ok. have to buy this novel. please come out....
So then i complete my 3 book of Robert Langdon journey
1. Angels and Demons
2. The Da Vinci Code
3. The Lost Symbol
Push
5. This is the second movie everyone must watch. Anyone like Heroes? This is kind of same stuff. People with ability, being hunt.. something like that. I just love it even the story is a little confusing to understand. It is like Heroes plus jumper and heroes. Ability is a little limited in this movie, they only got mover (telekinetic), sniffer, watcher ( can predict future), shifter ( can change object to become another object), shadower and one ability that i love so much where they can implant a false memory or beliefs in someone head. I did not know what they call that. manipulator?
2 actors i noted in this movie which attract me the most is that little girl, i've seen her before... who is she.. I think she act in the movie with Tom cruise called The End of the World. What is the name of that girl? dakota? i forgot. And also one girl that used to be a main character in Jurasic park... or i forgor also. ahahhaha.
Is this a hollywood movie? Because since the beginning till the end, everything is in Hongkong or somewhere else... Why I say somewhere else, because there is one scene where the guy is walking out from a bus, there is a lady wearing tudung walking in front of the camera.... in hong kong, is like this. And that one scene reveals faces that is not chinese like. Its like Singapore or malaysia or somewhere. I dunno. maybe my eyes fool me.
No scene shot in the west. Every scene is in east. Nice film and idea. Still, it is a little weak in the progression of the story and also the final fighting scene is disapointing because i expect more power using fighting rather than free hand combat.
give this movie 4/5 stars.
bad Luck
After all of the movie and ice lemon tea, we spend Rm13 for an umbrella, Rm1 for city bus to main gate of ums,
and a 15 minutes walk to kampung CD inside a very heavy rain... I have a bad luck when i ride a bus. Always raining when i do. 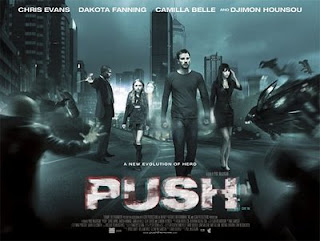 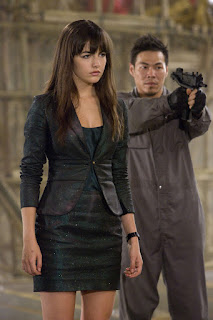