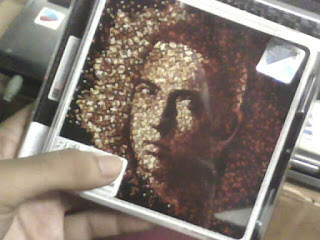 This is my Eminem Relapse album. Finally bought it today for RM29.90. I was so excited about it. I oledi have the leak version from the internet but it's not the same buying the original one. And it is quite cheap compare to previous album that cost me RM47++ each. Now only RM29.90.

It's Malaysian version and why it is so cheap is because it look like pirate version one. Only a piece of paper with i think 3 pictures of Eminem including the cover. hahha. So disappointed. It's really look like a cheap CD.

But that is just the cover, the CD is in original standard quality and guess what.. it's uncensored. The first time i scan the song inside i was a little surprise listening to the F word in this album. So i guess i am wrong in the previous post. Now i do not need to support pirate album...hahaha. seriously. No piracy please. hahaha.. change my mind already. (Already changed my mind).

So... full track uncesnsored. Worth to buy. Huhu.


p/s: i told my girlfriend regarding the explicit content of this album, she said " maybe the official who are responsible to censored that album was asleep when the album arrive in Malaysia". hahhaha.
She always have some sort of cute answers. hahhaa.
eminem