- June 06, 2010
. Something funny happen today. A few people in my village are searching for some lizard called anggak ( in my brunei language). They say that this lizard cost up to Rm30 000 in the market. What funny about this is that this lizard used to live in our house a few years ago, not one, but many of them live.
2. It was maybe more than 10 years ago. During that time, tormal house lizard was eaten by this big lizard. It was scary. I used to be scared by this kind of lizard and if i saw it ( i was a child at that time), i will run away and shout..."ahh...anggak...." then start to call my dad to throw it away.
3. After a quite some time, those lizard start to disappear from our house. Some of them were eaten by our cats. We used to throw them away because it was not nice when you sit in your living room, and one of the big lizard start to crawl on your ceiling. Not nice to see. Thus, today, i never see them again. I wonder why. And i almost forgot their name...anggak.
4. Now people searching for it again because of its unusual high price. I wonder if it still live in our house, we will be instantly rich. hahha.
5. Maybe a lot of people did not know what is anggak. So i don't have my own picture collection of this kind of lizard so i search up in the internet and i found some picture of it taken by those people who are selling this lizard.
6. I wonder if we need to protect this kind of lizard...obviously i am concern about it since i never see it anymore around my house. They could be endangered species or something like that. I don't know. As far as i know, people looking for it not to keep it as a pet but to eat them. They said it contain healing property which i found doubtful. They are lizard. Just lizard for me.
Okay here is some picture of it that i found in the internet 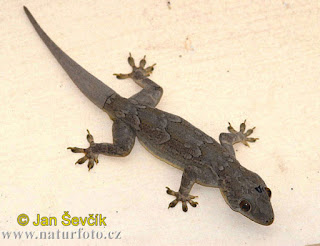 Hehe..scary huh if this big lizard crawling in your wall and ceiling at night. And it produce a sound that sound like this .." angkk..angkk.." i don't know. huhuhu. This picture look like a normal lizard, but it was bigger than this. and it have variety of colour too.
Nature