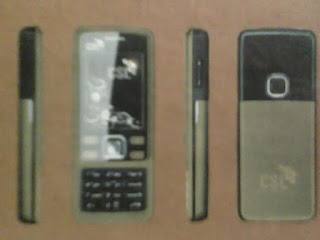 1. Not many know about this brand called CSL. It is claimed to be the first Malaysian brand Handphone. However, i learned that the part for this mobile phone was imported from China. They assemble it in Malaysia though. So not so strong enough to claim this as a Malaysian Phone. It should be called hybrid or something.
2. So when i bought my phone almost 2 years ago, this brand was all new. So no one had a good review on it. I was taking a risk to buy it. The reason is because this phone is cheap and look exactly like those branded phone. It was like a clone phone from other brand such as nokia.
3. So, after 2 years, if someone ask me whether it is good or not? I would say don't buy it for the moment. This phone main problem is the software it is not that user friendly type. But that does not matter for a guy that can think a little complicated than user-friendly.
4. The main drawback is the battery life. The battery will only last for a few hours after maybe 2-3 months. So this is why many people who bought this phone become angry and abandon it for the other major brand phone.
5. However..haha... my phone is kind of different. Since the day i use it until now, there are no problem occuring. The keypad work fine like Nokia (no lag), the battery last for at least 3 days before i need to recharge it. And i also got 2 battery when i bought my phone.
6. Another problem is the charge itself. CSL only provide USB charger for all of its phone, as far as i know, so as you all know, USB port is not suitable for frequent insert and eject type of port. It became loose faster than you can ever imagine. So when your phone USB port is already loose so the charger would not work properly. However, hehe, my phone has an extra port ( a charging port) for nokia type of charger adapter. So i can use nokia charger to charge my csl phone. How handy is that.
haha. so in the end, i am kind of satisfy with my csl phone DS300. It was smart, thin, light, work like nokia, look like nokia. The only thing i hate about it the software. So after this, i am sure that i want to buy a HTC, iphone, or any other brand of pda phone. But that will have to wait until i get a job and salary.
Gadget