- December 09, 2013
I have to admit that i am an Eminem Fan but still, i listen to variety of music. I love music in general but yes i prefer hip hop tune yet when playing music, i love metal.

After a month of waiting, in the end my Eminem MMLP2 arrived straight from USA. Pre order it from Eminem.com. It has been a long time since i bought a new music CD. With current economy, buying a single sound much better. Plus, who need CD anyway. Even our car use USB Mp3 to play music.

I bought the album because as i mentioned, I am an Eminem fan. To add to my collection of Eminem album, I bought it and i bought it straight pre order from their production line.

All right, what do i think of the album? Its amazing. Yes it wont beat the original MMLP1 but it is something way better than Eminem Recovery. I do not know why people praised Recovery so much, for me a few song in recovery is quite awesome but who listen to Cinderella man or the song he wrote for his late best friend, proof? And almost all the song in recovery, I skipped after second verse because...i dunno. Cannot bear until the third.

Yet, Recovery is one of the masterpiece. Some lyrics are too good like the one in Not afraid.

If we want to compare with MMLP1, that is too much. Almost every word in that album sre materpiece. An art. A flow that will never happen twice.

However, MMLP2 is no joke. The lyric now sound much more like old Eminem but in a sense we can still hear the new one. The album started with a song call Bad guy, and from there, i enjoyed Asshole, So much Better, Survival, Rap God, Berzerk, Legacy, stronger than i was, brainless, love game, the monster....thats plenty for an album. Plus the bonus deluxe Cd tract, i enjoyed Baby, Besutiful pain, desperation and wicked way. Thats all the song in the bonus cd i guess.

in the end, someone bring hip hop back to its place. None if the song describing a big booty hole bitch, going clubbing with gold chain, or praising pussy and whore. All lyric in the album i a pure mind tricking word and internal rhyme.

Buying the album is worth it. For 1 hour and a half, you will enjoy real hip hop as it should and you will be speechless on how Eminem write rap lyrics. He is a rap god after all. At least that is whar he claimed now. And hard to deny it after listening to this album.... 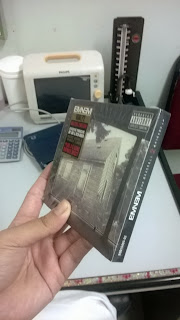