- November 01, 2015
Vape is becoming a hot topic today to be discussed. Since its introduction a few years ago, it has been quite a common thing to nowadays, everywhere. The heat of the debate fueled by politics and social media creating a perfect pathway for some to start a fight, and to start a group or community of vaper. Do we have a community of smoker? Or a society of drug addict? Community of vaper are creating a reason to avoid themselves from becoming another therapy group like smoker, drug addict or even alcoholic. They were fighting a battle they should not be in, in the first place.

E-ciggarettes in its introduction era was a promising stop smoking method. With this new method of inhaling nicotine, smokers can avoid from getting more harmful chemicals to cause health problems. It was promising in the beginning.

Day by day, more research produce what all have expected. Vaping is not ultimately safe. It does contain cancer producing agent. Worse, researcher have not yet found the complete list of chemicals like what they have found in normal ciggarettes.

With little evidence, reseacher, and even us the medical practitioner are in a state where we can't say yes or no. We need more evidence. We need time. Time will tell it all. However, some people are playing with this issue like they know it all. Like they have a concrete evidence on it. Vaper community start saying they were right all along promoting vaper as safe, and the politicians start trying to banned and demolished this new thing.

Assumption is the most dangerous act to do no matter in what situation you are. Without concrete evidence, we can't say much about this.

What we know, however, is that vaping is less harmful than smoking, however, not vaping or smoking is 100% no harm to your health. Thus, by the current evidence, we can say that vaping is not safe anyway no matter how less the risk it bring. Clean air is always the best thing. For heavy smokers, e-ciggarettes maybe a good choice to reduce that 'very likely' risk of cancer. But for non smoker, vaping definitely not a way of reducing that risk, it does increase the risk of getting cancer compare to those who do not.

I hope that Malaysian can be clear about this and for those who are very pro in vaping, please remember that you are no difference with those people who told young generation to smoke. For those who are trying hard to banned this, please step back one step and think about it. This maybe a way of reducing the risk of cancer for heavy smoker.

Ultimately, no smoking and no vaping still the best way to live. 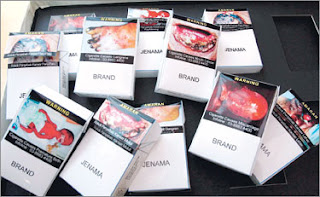