Weird Diseases: To Stop Using It.

- January 01, 2016
It is a norm to see a few post in social media telling the audience about a weird diseases their husband, their child, or whoever in their family had. It usually accompanied by a disturbing picture which cause a shocked feeling towards those who were viewing the post.

Furthermore, most of these posts will give bank account number for whoever to donate money for them in fighting this weird diseases.

It was disturbing, yes.As far as I know, no medical practitioner  / doctors will use the term 'Weird disease'  or ' Mystery disease' in their note or documentation. The closest to that term would be 'unknown origin' which commonly given to a patient with fever without knowing what cause it.

I have to agree that our knowledge on diseases were still limited and incomplete. Some old professor would say that only 10% of medical knowledge were studied in this world, the rest were up to god and still hidden as a mystery ( even though most scientist does not believe this as our knowledge on diseases were increasing so fast with modern technology, at least we achieve more than 10%) - however using the term unknown or mystery would be a headache to anyone who are working to make a diagnosis.

In science, we do not like to make an assumption, furthermore if that assumption could lead to someone losing their life. Working as a doctor, making diagnosis is the most important thing to do. Giving medicine would be the second thing we need to focus, almost 90 % of our 5 years spend in medical school were on how to diagnose a patient. 80 mark over 100 will be given in medial exam if you can diagnose the disease, 20 % extra for credit if you know how to treat it.

I am concerned about this people who freely use the term weird or mysterious diseases as a diagnosis.  Few of my concern are:

1. The doctor in our country were so low in knowledge as they can only tell the patient their relatives or themselves were having a mysterious diseases or weird diseases. That would reflect a poor teaching in medical school and reflect incompetency among our doctors.

2. Our doctor did not communicate with patients as they can only tell the disease were mysterious or weird without further explaining what they actually have.

3. This group of people who shared this kind of post is trying to get people to sympathise with them, to get attention.

4. The worst is when these group of people were not only trying to get attention but also money by manipulating their close one illness.

I have a feeling that the last two of my concern were what it is all about. The first two is a bit impossible even though not all doctors were perfect but if doctors did not tell them the diagnosis, the post would be more on calling the doctors stupid or whatever cuss word they can found.

The last two should be given more attention.

Once I encountered a post in social media regarding a person who were having a lymphoma (thanks god they gave diagnosis) and they started listing bank account number for donation. It will not be wrong to give donation, but as fat as I know, as long as you are a Malaysian, we still giving free medical care. We still give free medicine which include chemotherapy. I never encountered someone who were denied chemotherapy because they cannot afford it, unless they were not Malaysian ( or Malaysian without ID).

Fair enough, I also had seen a post where an infant were diagnose with heart problem and need operation start asking for donation. I once encountered a parents where their child were operated due to heart congenital anomalies in Korea.... sponsored from their travel expenses, hotel, plus a translator.

A few more post that I have seen were trying to attract attention, and this post usually will state only mysterious or weird diseases without giving the real diagnosis or at least provisional diagnosis.

The money seeking post would be more dangerous and should be investigated further.

I am not saying we should not trust them, most of the time it was true, minus the money donation part which I doubted a lot, but to seek for donation, there were a proper channel for that.


Sometimes, I wanted to ask or give comment on their post asking why they ask for donation if they were treated in Government hospital which give free medicine to Malaysian citizen, but as you know, asking such question would attract a lot of brainless to attack me and judging me as inhuman for doubting them.


Well, just be cautious with these kind of post. Ask their diagnosis, ask what doctors have done, and what the donations money were for. But if you did not dare to ask that, just ignore and pray for them. Keep in mind, they were people that dedicate their life to help them. 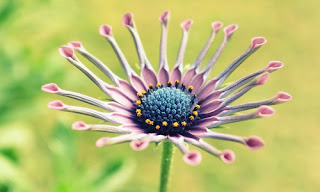