Melliodosis is a protean disease

- May 03, 2018
One of my lecturer in medical school always told us that melliodosis is a protean disease. He told us that it can be presented with so many different thing. Patient can come with pneumonia, or maybe cellulitis, or soft tissue abscess, or just fever without any other apparent cause.

Protean according to him is a mythical God during ancient roman time which usually pictured as a man having multiple face on one head. Thus according to him, melliodosis can be pictured like that too.

I am glad ( why?) to work in a state where meliodosis is not uncommon - Sabah, Malaysia. I have encountered quite a number of patient, most of them did not survived because of this disease. It is very difficult to diagnosed by a non experienced clinician. Because it did not have a spesific type of clinical presentation, many misdiagnosed it for other condition. I, too, has fell victim into such cases.

How can you expect a diabetic patient presented with mild fever and cough, very stable, able to walk, make jokes, laugh... like a mild infection, to end up in ICU and died within a day. I remember that patient was diagnosed as pneumonia based on symptoms and chest X-ray finding. Just mild perihilar hazziness. Admitted and started on Augmentin. A day after that, patient desaturate, intubated and was sent to ICU. That patient died after 1 day in ICU. 3 days later, blood cultures result came out to be Burkholderia pseudomallei. It’s too late.

This bacteria did not kill patient within a day. Some patient even have been infected for years before they develop symptoms. It was the matter of whether you can diagnosed it or not during that presentation.

There were no rapid test for it. The antibiotic of choice would be Ceftazidime, other 4th generation cephalosporin, bactrim, carbapenem. Those antibiotic that people usually would not recommend to be used empirically for any other infection. Nobody start ceftazidime on the first day of presentation due to pneumonia, or any other disease. If we hit hard with a broad spectrum antibiotic such as carbapenem, it will not justified our reason and it can promote antimicrobial resistant. We are already exhausted in fighting resistant war, we have to avoid promoting it.

The diagnosis need to be supported by blood culture or radiological findings. Any collection or abscess finding in ultrasound, or CT scan/MRI, should prompt clinician to start thinking about melliodosis and to start treatment to cover for it.

Blood culture would take at least 3 days to identified this bacteria with standard biochemical method. It would be quicker with the new MALDI-TOF system. That is a good progress in combating melliodosis.

This two field (radiology and microbiology) would be the most important in making the diagnosis.

But to make sure clinician attending to not missed the diagnosis is difficult. The first attending clinician should suspect it earlier so that investigation can be done as soon as possible.

There were a big research opportunity in the future for this disease. More rapid test, more effficient guideline and work flow on diagnosis and management, better antibiotic, good imaging technology, and et cetera should be developed to make sure the Protean god like creature can be recognized no matter how many faces it has. 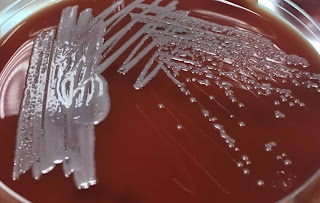